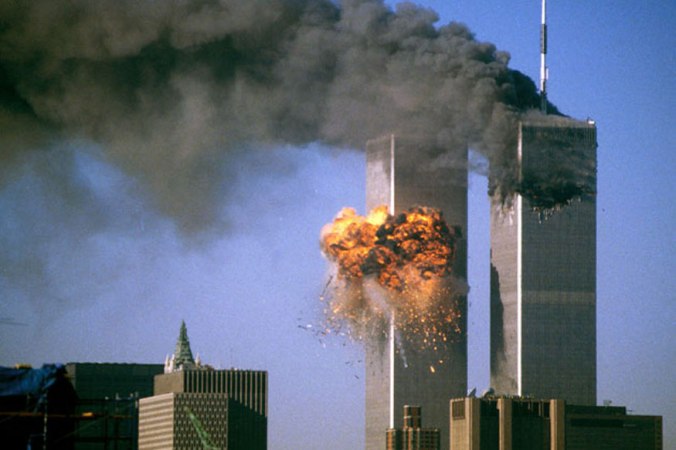 In grade school, every Tuesday our grandparents would pick up my siblings and I after class to spend the afternoon with them. Trips to McDonalds followed up with hours-long games of hide and seek were commonplace. The afternoon of Tuesday Sept. 11, 2001 did not go according to plan. Grandma and Grandpa picked us up from Concord Christian School as usual. I can still remember the then popular Bionicle toy that I got in my Happy Meal, but we didn’t go back to Gma’s house for an afternoon of fun. My always put together mother met us at the door, still in pajamas, not done up, her face wet with tears. The terror attacks thousands of miles to the north resonated all the way in little East Tennessee.

“Terror” is one of those words we heard so many times in the years after 9/11, that we have almost forgotten what it really means. Webster’s dictionary defines terror as “a state of intense fear.” Terror is the feeling you get when an ordinary day at work or a run of the mill plane ride is transformed into a blazing hellscape in an instant. Terror is what millions of Americans felt as they sat glued to their televisions, fighting the creeping realization that two jet liners could not possibly have struck the Twin Towers on the same day by accident. Terror is what a president felt as his reading to an elementary school in Florida was interrupted by the words, “Mr. President, America is under attack.”

Across the Atlantic a host of Islamic radicals cackled with delight. Their master plan had succeeded. They had struck America right in her heart, her greatest city and the international center of commerce – so they thought.

If only Bin Laden had stopped to read French philosopher Alexis de Tocqueville’s masterpiece, Democracy in America, perhaps he would have reconsidered. In this book, De Tocqueville outlines the true center of America, the secret of her greatness.

The purveyors of terror miscalculated. They underestimated the American people. Perhaps as the lines at blood banks across the country wrapped round buildings, and enlistment centers became inundated with calls, they realized what they had done.

In moments of tragedy, Americans are reminded of the meaning behind the slogan on their national seal, E Pluribus Unum, Out of Many, One. In the aftermath of 9/11, Americans remembered what Willie Nelson famously works to exhibit at his barbecue in Austin, Texas every year. Long haired truck drivers and yuppie college kids aren’t really that different. We don’t have to hate each other. Out of many, one.

While the individual may falter, the collective valor and wisdom of the American masses have stood the test of time. In our darkest hours, we do our best work. As they heard the thunder of Apache choppers approaching on the horizon, and the thud of the boots of American boys and girls from places like Buford, Wyoming and Des Moines, Iowa, the terrorists got a lesson in American valor, and maybe experienced a little terror themselves.

In no other place and no other time has a country like America existed. We are the world’s melting pot. Despite, and perhaps in thanks to, our diversity of thought, race, religion and creed, America has held together. There are some today that would like us to think that America is the bad guy. They manipulate history and hang on the approval of other nations to make us ashamed of who we are. In the aftermath of 9/11, the first attack on U.S. soil in almost 70 years, the American character was on full display for the world. That is who we were, who we are, and who we will continue to be. Today I am proud to be an American.