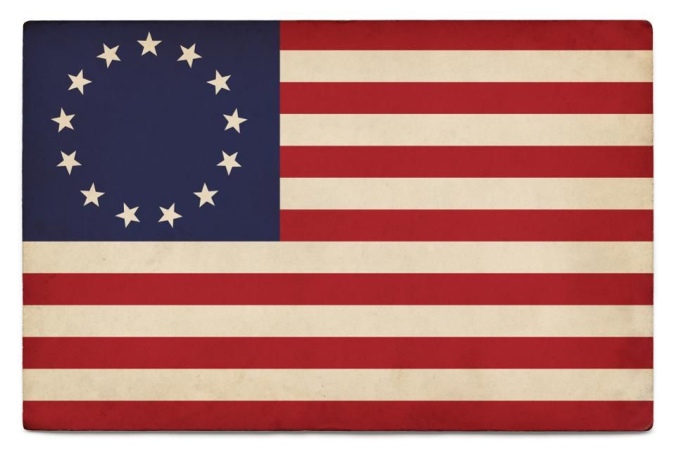 Have you ever been out to dinner with a couple that just cannot stop bickering? He’s slurping his soup too loudly. She’s telling that same story for the “one-hundredth” time this week. They’re both making you miserable. Everyone at the table but them can see that they’re not really mad about soup or stories. Those are just a front for the real source of conflict – that one or both parties just really don’t like each other anymore. In fact, sometimes they might hate each other.

This situation is analogous with the relationship between America and what she stands for, and the radical American left that is now at the helm of the Democrat Party and Big Media. Yesterday I watched as the outspoken and political US Women’s National Soccer team dropped our flag on the ground with total apathy during a photo-op. Last week, Nike recalled a shoe line that featured the original American flag at the behest of left wing activists. All summer The New York Times will be running a special on the evils of the American summer. First on the chopping block have been fireworks and air-conditioning. I didn’t bother to read, and cannot possibly fathom how both are symbols of American evil and one “ism” or another.

Today in Charlottesville, Thomas Jefferson’s home town, the city council voted to strike the author of the Declaration of Independence birthday from a list of locally observed and celebrated holidays, because he was a slave owner. Meanwhile Alexandria Occassio-Cortez heaps praise on Nazi protector Eva Perón.

In many ways, it feels as though we are living through a modern manifestation of the French Revolution. A longstanding national discourse on what our values are has screeched to a hault. Where once progress was achieved organically through vigorous debate and gradual give and take, now seemingly overnight new values are handed down to the people, while old ones are cast as bigotry. Each week a new statue is removed and national symbol embroiled in controversy.

The leaders of this anti-American movement are what John Adams would have called “professional malcontents.” Given enough time, they will organize and manifest themselves in any society, promising great things and delivering only tyranny. These left wing elites are the intellectual progeny of Lenin and Robespierre. They turn up their noses at America. They view us as our European cousins always have, as a redneck backwater full of obese cable watching swine. They scoff at religion and tradition. Their gods are the human intellect, and their own vanity.

From the tops of ivory towers, they condemn our country while they live on its fruit. In their discussions about Europe’s excellent government subsidized healthcare and schools, an important point is often omitted; that the golden streets of their utopias would crack under the wheels of Russian tanks without America. While they spend our money building their nations, we keep the world safe. Europe drinks from the fountain of our benevolence and sacrifice. We keep the wolves away. American toil, American ingenuity, and American blood built the world we all now enjoy. And yes that includes the luxury of air conditioning. They focus on histories of prejudice and oppression that are tragically found in every society in human history, and use them to undercut the ideas and values that this nation was built upon. America has been the single greatest force for good that this world has ever known, and it’s time we stopped apologizing for it.

At the height of French Revolution, long after the churches were closed down and the crucifixes tossed out, Maximillian Robespierre had statue of the goddess of reason erected in the center of Paris. Not long after, he was put to death by guillotine in the shadow of the statue. Robespierre, the man who could be credited with sparking the entire revolution, was executed when it was found that even he was not radical enough for the anti-French zealots whom he helped take power. No one today is dying by guillotine, but a social media tribunal can end a life in an instant with little proof or reason. We cannot let the radical humanists, this time wrapped in the shroud of Democratic Socialism, take control of and erase our nation. As George Santayana said, “Those who do not learn history are doomed to repeat it.”

4 thoughts on “We keep the wolves away.”