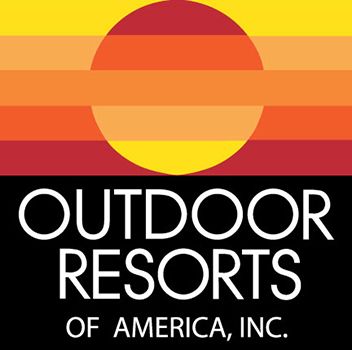 The line from Glen Campbell’s Gentle on My Mind has only become more relevant and iconic since his passing last year. The song was written about, and typically invokes the memory of a past romantic relationship. It is about a wanderer who knows that no matter how far he travels, or how long he is gone, when he returns home there will be someone there to warmly receive him. The song is a narrative of his adventures, and the warmth that thoughts of this woman bring him while he is far from home.
Odd as it may seem, for me this song does not bring to a mind a particular person, but a place. For over forty years, my family spent the week of July 4th at the Outdoor Resort of America campground just outside Cosby, Tennessee. From the early ’70s to the early 2010’s, every year you could find a whole host of Shiflets, my grandmother’s maiden name, at the Outdoor Resort for fourth of July. 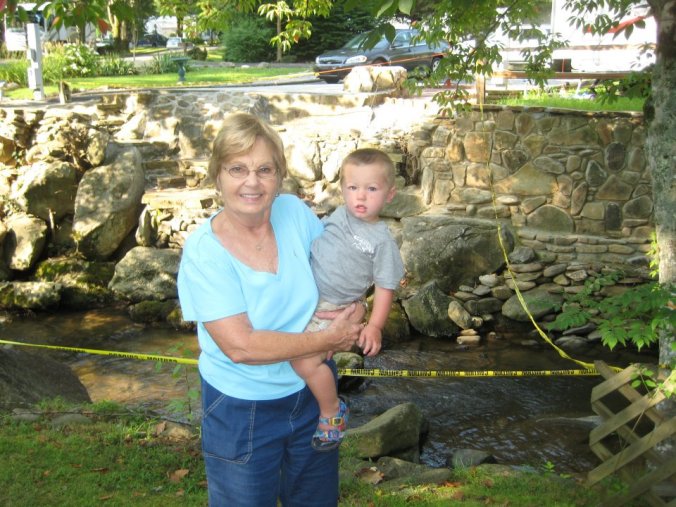 (my beautiful Granny and her great grandson, Gage Dean. Without her the tradition would’ve died long ago.)
ODR as we called it, was a humble place. As John Denver said, “Life was old there, older than the sea.” Early in life, my uppish West Knoxville upbringing caused me to describe the place as “a trailer park.” Later I realized that it was not a trailer park, but an RV/camper park where few people lived full time. It was complete with a volleyball court, diner, summer day camp, a large pond, several streams, a swimming pool, and a very well worn but still amenable putt-putt course. The ODR was a nice place for sure, but not unlike any other campground between Knoxville and Gatlinburg. What made it so special was the people who were there, my family.
I hear her voice in the morning hour she calls me
The radio reminds me of my home far away
Driving down the road I get a feeling
That I should have been home yesterday, yesterday
I was a teenager before I realized that most families didn’t spend a week every summer with their second cousins once removed (whatever that is), great-aunts and great uncles. In my family, anyone twenty years or more older than you is just “Aunt Jackie,” or “Uncle Walt.” I’m not entirely sure how I’m related to some of them. I just know that they’re family.

(my brother Luke, sister Bekah, and me in my signature cargo shorts and Earnhardt cap.)
Outdoor resort had no cellphone reception. You could forget about texting, tweeting or calling your buddies that week. Occasionally, as a boy my Uncle Vic and I would take a Harley ride down to Big Wally’s for a cheeseburger and some cell reception, but other than that we were fairly isolated in those days. No one cared. We had more fun alone together that week in a campground than anyone has ever had in the Bahamas and Hawaii combined.
I will always remember watching Twilight Zone marathons with my Uncle Vic, trips to “the poo” with cousins, Uncle Larry teaching me how to make a fire and the time  my cousin Benjamin jumped in an absolutely toxic sludge filled lake on a bet. I still remember my Aunt Jan making a bed out of couch cushions for me at age 12 when there was no room for me in anyone else’s camper. And how could anyone forget the time Uncle Walt and Aunt Brenda hid the can of sardines under Uncle Vic’s carseat, to ferment in the July heat.

(Aunt Jean cutting up with the Family Patriarchs. They were probably planning a volleyball game.)
One of the most unique and hilarious aspects of ODR was the volleyball. In my family, volleyball was bloodsport. At age 80, my Uncle Jack was still a elder in his church, and an active participant on the court. It was often stated through the net that “mercy is for the church house.” Family members aged 12 to 80, intermittent with a few strangers  who became like family over the years, and countless cousins’ ex-boyfriends gathered on the court every night to set, spike and serve. It was serious. I think my poor Aunt Jackie hurt her knee three or four summers in a row. At times, we had at least four separate teams going in a tournament. It was competitive, but it was wholesome. The foulest language used on the court was an occasional “Judas Priest!” from Granddaddy.
In my Tennessee mountain home
Life is as peaceful as a baby’s sigh
In my Tennessee mountain home
Crickets sing in the fields nearby
Nighttime bonfires lead to cousins who became more like siblings. It was there that Uncle Larry introduced me to s’mores, and cousins Breanne and Carly introduced me to Tom Petty. The only night we took off from the bonfire circuit was July 3rd. All the young Davis cousins would pile in a car and head to Gatlinburg for the Midnight Parade. As the much younger cousin, I always appreciated my sister and the older cousins letting me tag along to watch East Tennessee’s best parade.

(my big sister, Bekah, and I scarfing down s’mores. Clearly she had better aim than I did.)
For reasons I still don’t fully understand, about three summers ago they stopped renting campers in ODR.  I was 20 years old when our decades old tradition came to an end, and we spent our first Independence Day outside the park. While the tradition is gone, we still have each other, and still commune regularly. But there is a certain magic in that place for my family. It has become our Mayberry. It’s a window into another place, and another time. I will forever remember those simple days as some of the fondest of my entire life.

(Aunt Jan and just a few of the Davis nieces who inherited her Cherokee blood.)

One thought on “My Tennessee mountain home”