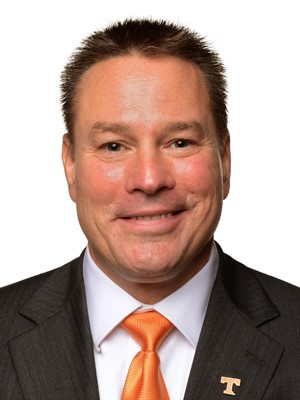 In 2013, as a college freshman, I watched from Section H as the Tennessee Volunteers battled the Georgia Bulldogs in the inaugural Smokey Grey Uniform game. As Alton “Pig” Howard fumbled the ball out of the back of the end zone in double overtime, Vol fans’ hopes of defeating a highly ranked division rival were dashed. But, for the first time in my adult life, Vol fans actually had hopes.

Neyland Stadium came alive in a way it hadn’t since the days of Fulmer and Clausen. A stallwort defense lead by A.J. Johnson and Curt Maggit, coupled with a top 5 recruiting class marked the beginning of Vol fans love affair with Lyle Allen “Butch” Jones.

Two weeks later, over fall break the Vols beat down a top-15 South Carolina team in front of a light crowd, and the Jones hype train left the station at full speed. Jones enjoyed intense popularity for the next three years in Knoxville, in spite of disappointing late losses to Oklahoma and hated foe Florida in 2015.

With back to back victories over Georgia and Florida in early 2016, and a 5-0 record, Jones popularity reached its crest in Knoxville. Whispers of a college football playoff appearance were rampant, and reaching the SEC Championship game became an afterthought.

Needless to say, Jones and the Big Orange did not make it to Atlanta in 2016. A senseless loss to South Carolina erased that possibility. Two weeks later, an inexplicapbale loss to Vanderbilt cost the Vols their first trip to the Sugar Bowl in decades. It was truly over for Jones on that night. The writing was on the wall.

As perceptions of the Vol football program changed, so too did its leader. Gone was the confident recruiting machine with the “infallible system.” In his place was a far more thin skinned and defensive coach, who spoke only in confusing euphemisms and corny quotations. When Jones boasted his team’s now infamous “Championship of Life”, it only further highlighted his inability to bring home any real championships.

Who can say with certainty what went wrong with the 2017 Vols team. On paper, a team loaded with 4 and 5 star recruits and elite staff members looked poised to take the next step. Instead it took three or four steps back.

Today the man Vol nation once worshiped has been called everything from a terrible coach to a horse thief. It’s funny how every winning coach is a great guy and every loser is an egomaniacal jerk with severe character issues.

As reports of Jones conflicts with staff and players leak out, the charismatic yankee who was once an adopted Knoxvillian seems a distant memory.

Butch Jones is a good coach, and probably a good man. But he isn’t the right coach to return a fading dynasty to its place on the college football mountain top. That man is out there somewhere, and the honus of locating and recruiting him rests firmly on the shoulders of first year AD John Currie.

One thought on “A Tale of Two Coaches”