Accounts of Donald Trump Jr.’s now notorious meeting with a Russian national are popping off of front pages from the New York Times to the Little Rock Gazette. Voices on both sides of the aisle are claiming that this is the beginning of one of the greatest presidential scandals in American history. While no one knows the validity of that claim, we can take this time to examine a rich national history of executive misconduct. Ranked below are the ten most notorious scandals in the history of the presidency.

Plenty of presidents have had affairs, but by all accounts President John Kennedy took it to another level. His most infamous affair was with legendary actress Marilyn Monroe. He first met Monroe at a New York City hotel in Feb. 1962. According to his biographer, Robert Daelk, Kennedy was a “compulsive womanizer”. Therefore, while Monroe was quickly enamored with Kennedy, he remained emotionally detached throughout the affair. After the now infamous “Happy birthday Mr. President” performance by Monroe in May 1963, Kennedy ended the relationship for fear of the scandal damaging him politically. Reportedly, Monroe would not accept his decision and had to be told by a mutual friend to stop calling the White House to reach the president.

Many believe incorrectly that Bill Clinton became America’s second president to be impeached because of an extramarital affair. While Clinton did have an affair, he was impeached on charges of perjury and obstruction of justice. The investigation began when special  prosecutor Ken Starr opened an investigation into Clinton’s alleged sexual harassment of Arkansas state employee Paula Jones, and his alleged phony ‘Whitewater” land deals. While Starr was unable to charge Clinton with sexual harassment or fraud, he did discover that the president lied under oath during the investigation, making “I did not have sexual relations with that woman”, second only to “uhh… define sexual relations”, in the hall of embarrassing presidential quotes. Despite the fact that Clinton was proven to have committed perjury, the Senate fell short of the 67 necessary votes to remove him from office during his impeachment trial. This scandal likely would have never come to be, were it not for the hoodwinked republicans being outfoxed by President Clinton at every turn. They missed their chances to nail him on more meaningful offenses in the past, so they made sure to go all in on this scandal.

There was a time in America when regardless of one’s political status, he paid for his crimes. The Teapot Dome scandal in 1922 involved President Warren G. Harding’s Secretary of the Interior, Albert Bacon Fall. Fall leased Navy oil reserves at Teapot Dome, Wyoming to his crony friends in the oil industry. He did so at an incredibly low interest rate, and without shopping the bid to other oil companies. This in and of itself was bad enough, but to make matters worse, Fall accepted bribes from his friend’s who received the sweetheart deals. Fall became the first U.S. cabinet member to go to prison, but also remains the only memorable Sec. of the Interior in history.

The Iran-Contra Affair was an attempt by senior Reagan White House officials to kill two birds with one crooked stone. In Lebanon, seven Americans were being held hostage by Iran backed terror group Hezbollah. In Nicaragua, the Contra rebels were fighting against their communist Sandinista regime. Lt. Col. Oliver North and various other White House officials saw this not as a problem, but an opportunity. Violating U.S. law on both fronts, they sold weapons to the Iranians for the release of the hostages, and donated the proceeds to the Contra rebels. Both transactions were done in secret, and illegally. The U.S. had an arms embargo with Iran, and was not in the business of trading weapons for hostages. Additionally, congress had forbidden the appropriation of additional funds to the Contra cause. Officially, Ronald Reagan had no knowledge of the transaction until after it had taken place. Reagan was a macro-manager, and this fed the democrat narrative that he was a glorified pitch man controlled by puppet masters.  However, it is commonly believed that Reagan had a hand in the ordeal, and that Lt. Cl. North was the fall guy. 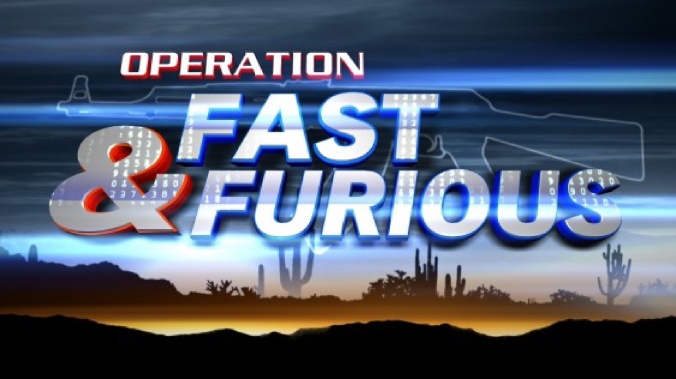 If you thought the Fast and Furious was simply an incredibly tired racing/Latino culture/action movie franchise, think again. In October of 2009, the U.S. Justice Dept. sanctioned what is now known as Operation Fast and Furious under the supervision of Attorney General Eric Holder, and FBI Director Robert Mueller. The idea was to work with weapons dealers in the southern border states to allow illegal gun runners to purchase weapons, so that they might be tracked to leaders within various drug cartels. The problem was, they sold the cartel a lot of guns. And then the cartel used those guns to kill a lot of people. The result was hundreds of assault weapons in the hands of the cartel, hundreds of estimated casualties in Mexico and the U.S., and no arrests of cartel leaders. In 2010, one of the guns was used to kill U.S. border patrol agent Brian Terry, which sparked a congressional investigation into the program. President Barack Obama invoked executive privilege and did not have to testify before congress, but his attorney general, Eric Holder, refused to testify with no such protection. Holder became the first and only U.S. cabinet member to be held in contempt of congress. Holder never faced  consequences for his refusal to testify.

In 2013, it was discovered that the IRS was targeting non-profit organizations, with names that identified themselves as conservative or Evangelical Christian Groups, for intense scrutiny, audit, and in some cases harassment. The Obama Justice Dept. conducted a quick investigation, and determined that there was no basis for the scandal. However, congress was not satisfied with the executive branch’s investigation into one of its own, and subsequently launched its own investigation. IRS commissioner Louis Lerner was called to testify before congress, but after stating her own case, she invoked her fifth amendment right and refused questioning. Prominent legal minds such as Harvard Prof. Alan Dershowitz concluded Lerner had waved her fifth amendment rights by giving her version of the events, and could not refuse to answer questions. Lerner became the second Obama admin. official to be held in contempt of congress. Lerner refused a subpoena to turnover all of her emails from 2009-2011, due to a computer crash she claimed occurred shortly before the investigation began.  It was found that the IRS commissioner had been approved to visit the White House 157 times between 2010 and 2011, but all Obama White House officials denied any knowledge of the practice of persecuting conservative/Christian non profit groups. 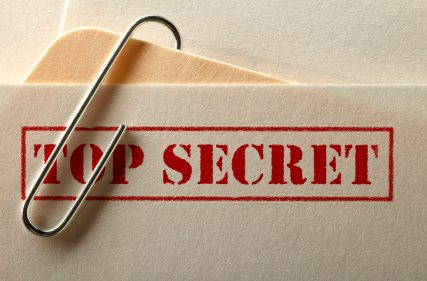 Between 1993 and 1994, Clinton White House director of Personnel Security Craig Livingstone illegally requested and obtained FBI files containing confidential information about hundreds of former Reagan and Bush White House staffers. As many as 900 files were illegally obtained. Clinton categorized the illegal info grab as a “genuine bureaucratic SNAFU.” His upcoming election opponent, Sen. Bob Dole, whose personal information was included in the files, claimed that it was akin to Richard Nixon’s “enemies list.” Dole, and many other politicians believed it was an effort by the Clinton’s to turn the FBI into their own blackmail operation against political opponents, particularly the Republican Presidential nominee. Livingstone resigned during the subsequent investigation, while Bill and Hillary Clinton were never officially implicated in the scandal.

Watergate is the most famous political scandal in U.S. history, and many would place it atop this list. Agents hired by President Richard Nixon’s Committee to Reelect the President broke into Democratic National Committee headquarters at the Watergate hotel to steal information that could help reelect Nixon. The burglary was foiled, and the thugs quickly identified Nixon’s men. What followed was a long, excruciating investigation that featured the firing of an attorney general and special prosecutor by the president, the destruction of subpoenaed evidence, Nixon’s proclamation that the president is above the law, and eventually the disgrace and resignation of a previously popular president. Had Nixon been forthright, and not destroyed evidence in his attempt to cover up his renegade reelection team’s misdeeds, he likely would have never been forced to resign, and would be remembered among the great presidents of the twentieth century.

The Whiskey Ring at first glance seems like it belongs much lower on the list. It is the sheer volume of people involved that lands it so high. The Whiskey Ring was the organized avoidance of the alcohol tax by distillers in the 1870s, under President Ulysses S. Grant. Grant was a hero on the battlefield, but painfully inept as a president. The distillers bribed Grant admin. officials and IRS agents to not enforce the seventy cent whiskey tax. 110 Grant officials were convicted of accepting bribes and stealing tax dollars once Sec. of the Treasury Benjamin Bristow blew the lid off of the scandal. The three million dollars recovered during the investigation in 1875 amount to over one hundred billion of today’s dollars.

Many have alleged that Donald J. Trump stole the 2016 presidential election with the aid of Russia. That has yet to be proven, but we do know that 190 years earlier, the election of 1826 was stolen. In 1826, four candidates split the electoral college vote, and no candidate reached the threshold of electoral votes necessary to qualify for the presidency. Therefore, the election was to be resolved by the House of Representatives as the constitution mandates. Andrew Jackson lead John Quincy Adams, Henry Clay, and William H. Crawford in both the popular vote and the electoral college vote. Rightfully, the House should have elected Andrew Jackson. However, as is often the case, politics got in the way of the people’s will. Clay did not have enough votes to qualify for the runoff in the House, so his chances were foiled. John Quincy Adams saw Clay’s misfortune as an opportunity. Clay was Speaker of the House, and he wielded tremendous influence over the representative’s selections. So, Adams and Clay made one of Washington’s very first crooked back room deals: Clay would deliver the presidency, and Adams would appoint him to be Secretary of State, a wonderful consolation prize. Jackson and his supporters were furious. They obstructed J.Q.A. at every turn for four years. In 1830, Jackson got his revenge, defeating Adams and establishing the Democratic Party as a national power.